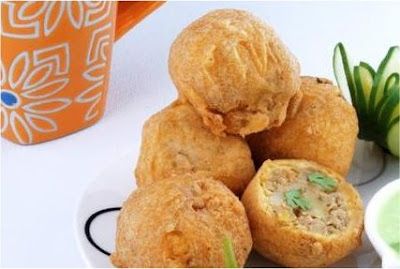 This week's Menu Swap ingredient is Dal (lentils), chosen by our beloved SeaMaiden. Not even sure if I'm in the swap, right now, since I'm still catching my breath from updating my company's website, but I thought I'd jump in anyway, and enjoy the ride.

Tuesday nights at our House, we try to expand the palate. Generally we stick to Indian food, in honor of our Worldvision Child, K* - I'd stuck with South Indian food (K*'s area of the country) predominately, until my poor 5 year old just couldn't handle the spiciness anymore. Now I try a wider range - my 7 year old still begs for hot, hot, hot food - and I also incorporate some non-Indian food, like Moroccan, Persian, or Japanese. Anything to broaden the cultural horizons.

This week, since dal was conveniently on the list, I decided to scrap the meal I was going to make and try my hand at Idli. Unfortunately, Idli takes a long presoak, which I frankly, couldn't be fussed enough to do last night, so I skipped it completely, and moved on to Kachori.

Quick Note To Self: If you can't be fussed to do something, it's probably not a good idea to embark on an Indian Food Recipe, since Indian Food is all about the fuss. Just Saying

Kachori are savory-sweet stuffed balls of whole wheat dough, deep fried and served with 'pickle', which as far as I've been able to ascertain is a more spiced and often sweeter version of our own, American lactic acid fermented pickles.

Now, obviously, if you're gluten free, like my family, there's going to have to be some adjustments to the recipe off the bat. I subbed in my trusty Better Batter Gluten Free Flour for the whole meal, and in order to replicate the taste, I also used a judicious amount of my favorite teff and sorghum flours. This created a 'whole wheat' that was perfect for the dough.

The original recipe as I received it was also a bit heavy and spicy for both Smurfling and The Carnivore, so I omitted the 'chilli powder' (cayenne) called for and added a subtle paprika. I also substituted potato for half of the lentil paste. This lightened the filling and made it more subtle. I thought it was a definite improvement, even though I'm typically a lentil lover. It does change the taste, making the overall impression much sweeter, but it was fantastic.

Feel free to oven bake these, but you won't get the same texture as the real deal, which must be fried.

Have fun! This recipe serves 4 as an entree. You'll want to serve it with some 'pickle' and - if you're like me, a refreshing green salad, to help balance the heaviness of the meal.

Instructions
In your food processor, blend the cooked lentils and potatoes until a paste forms. Add the oil or melted margarine, the salt and spices, and blend some more.

Heat a pan over medium high heat and turn the potato-lentil mixture into it. Stirring vigorously, cook the potato lentil mixture until it forms a ball and pulls away from the pan - this should take 5-6 minutes. Set aside.

In a bowl, combine Better Batter Flour, teff, sorghum, and salt. Stir in the oil and mix until the oil is evenly distributed. Add the hot water 1/2 c at a time and knead together - this should form a sticky dough. Set aside for 10 mintes.

The dough should have gotten less tacky at this point - more like pla-dough. Divide into 14 balls.

Faltten each ball into a disk, in the palm of your hand. The disks work best about 3- 4 inches in diameter and 1/8 inch thick.

One disk at a time, take a spoon and fill the center of the dough disk with the cooked potato-lentil paste. Form a ball around the paste, bringing the edges of the dough together and pinching to seal. Very slightly flatten the balls with your palms.

Heat enough oil to come halfway up the kachoris. Set the heat to medium. Place a few kachoris at a time in the oil, and fry until golden brown. Serve hot.
Posted by Slightly Off Balance at 10:40 AM